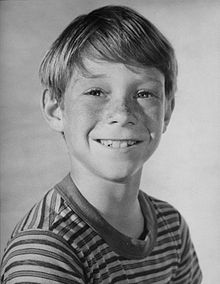 By the time Billy Mumy landed his iconic role as Will Robinson on Lost In Space, he already had an impressive resume that included roles on The Twilight Zone, Alfred Hitchcock Presents, Have Gun Will Travel, Wagon Train, Perry Mason, The Fugitive, Bewitched, and more.

In the 1990's, Bill continued to act in the sci-fi genre with a guest appearance on Star Trek: Deep Space Nine and, of course, his regular role on Babylon 5 as Lennier.

Bill is a talented musician and some of that talent was showcased in a few scenes on Lost In Space. His greatest musical successes came after Lost In Space, however. Any Dr. Demento fan will know his song “Fish Heads” from his stint in Barnes & Barnes. He has also released several solo albums, as well.