Sci-Fi Metropolis' Action Figure of The Keeper, as portrayed by Michael Rennie! The only 2 part episode of Lost in Space, Season 1's “The Keeper” is one of the most popular segments of the series. Featuring an unmistakable likeness to actor Michael Rennie, The Keeper is attired in his gray uniform, and comes with clear lucite staff. He stands 12 inches tall, features over 30 points of articulation, and also includes a Jupiter 2 Fusion Core themed display stand, as shown. This great figure is limited to 2000 pieces 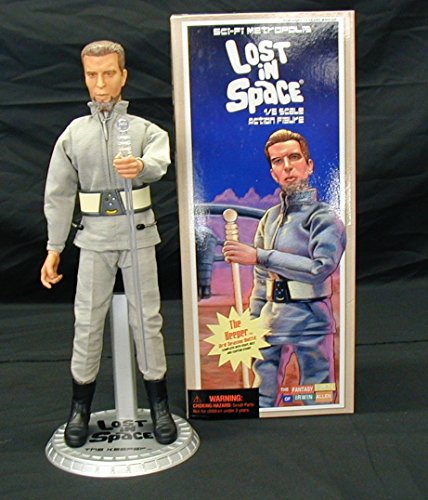 out of stock
Buy Now!