Lost in Space was the first prime time weekly television series to take viewers into outer space’s strange new alien worlds – something the networks believed impossible on a TV budget and schedule. In this exciting new book series, you are whisked back in time to the production offices, writers’ conferences, and sound stages for the making of this iconic series. Included are hundreds of memos between creator/producer Irwin Allen and his staff; production schedules; budgets; fan letters; more than 500 rare behind-the-scene images in each volume; and the TV ratings for every episode.

In Volume 3, the story continues. The ratings continue to be strong, and many of the episodes are returning to the ‘serious' format of the early first season. An order is placed by the network for a fourth season, and scripts are being written … but that fourth year would never be realized. Now, after nearly 50 years, the reasons for the sudden end of this iconic series that pre-dated Star Trek are revealed. But there is much more. Travel along with the Robinson family — the stars of Lost in Space who truly had become as a family to one another — through the reunions, the conventions, the efforts by Irwin Allen to make a big-screen big-budget feature film with his stars, then a pilot for CBS, then one for NBC, and, finally, on the doorsteps of the new Netflix series due in early 2018. This story didn't end in 1968 when the original series went out of production. The space Family Robinson did make it home, and they are here to tell you their story. Remarkably, the most dangerous monsters of Lost in Space lurked behind the scenes … and wore business suits. The story of the making of the classic Lost in Space is rich with conflict, drama and surprises. And now you can be there to see it unfold. 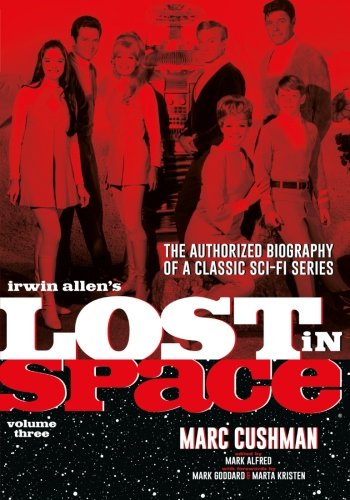