Irwin Allen’s Lost in Space, Volume One: The Authorized Biography of a Classic Sci-Fi Series (Volume 1)

Lost in Space was the prime time weekly series to take viewers into outer space's strange new alien worlds – something the networks believed impossible on a TV budget and schedule.   In this book you'll be whisked back in time to the production offices, writers' conferences, and sound stages for the making of this iconic series.   Included are hundreds of memos between Allen and his staff; production schedules; budgets; fan letters; more than 300 rare behind-the-scene images; and the TV ratings for every episode.

Irwin Allen's Lost in Space: The Authorized Biography of a Classic Sci-Fi Series, Volume One documents the early career of Irwin Allen.  It is a true rags-to-riches story, as Allen ventures from a humble beginning in the Bronx to his later incarnations in Hollywood as an entertainment journalist, radio and television host, a literary agent – all before becoming a successful motion picture producer and director.  After winning an Academy Award in 1954, Allen entered the fantasy genre with films such as The Lost World and Voyage to the Bottom of the Sea.  He then rolled the dice again with a move into television, creating and producing Voyage to the Bottom of the Sea and, one year later, Lost in Space.

Irwin Allen's Lost in Space, Volume One: The Authorized Biography of a Classic Sci-Fi Series... 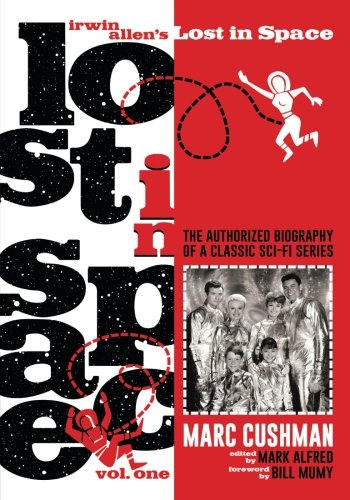