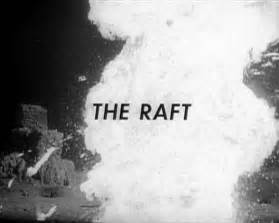 Will's attempts to build a probe to get a message back to Earth fail and leave the deutronium supply seriously depleted. Don and John's then develop an alternative fuel, but can't stabilize the output. The decision is made to pull the reactor chamber out of the Jupiter 2 and turn it into a small craft with which Don will attempt to find rescuers. Smith, however, has other plans.

The Raft (Lost in Space)

Will comes up with an idea for a two-man ship that can travel to Earth. But when Dr. Smith hijacks the ship, a crash landing finds Will and Smith trapped in a jungle, pursued by a bush creature.