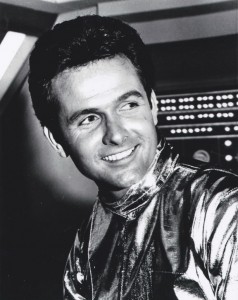 Mark Goddard was born in Lowell, Massachusetts and grew up in Scituate where his father was the owner of a five-and-ten shop. While at Holy Cross, he was encouraged to go into acting, so he left to attend the American Academy of Dramatic Arts in Manhattan.

In 1959, Mark moved to Hollywood and after only three weeks there, landed the role of Cully in Johnny Ringo. Before landing the part of Major Donald West on Lost In Space, Mark was on The Detectives for three years as Chris Ballard.

After his acting career, Mark decided to go back to college and get a Master's degree in Education from Bridgewater State College. He was a special education teacher from 1991 to 2009. He is now retired.